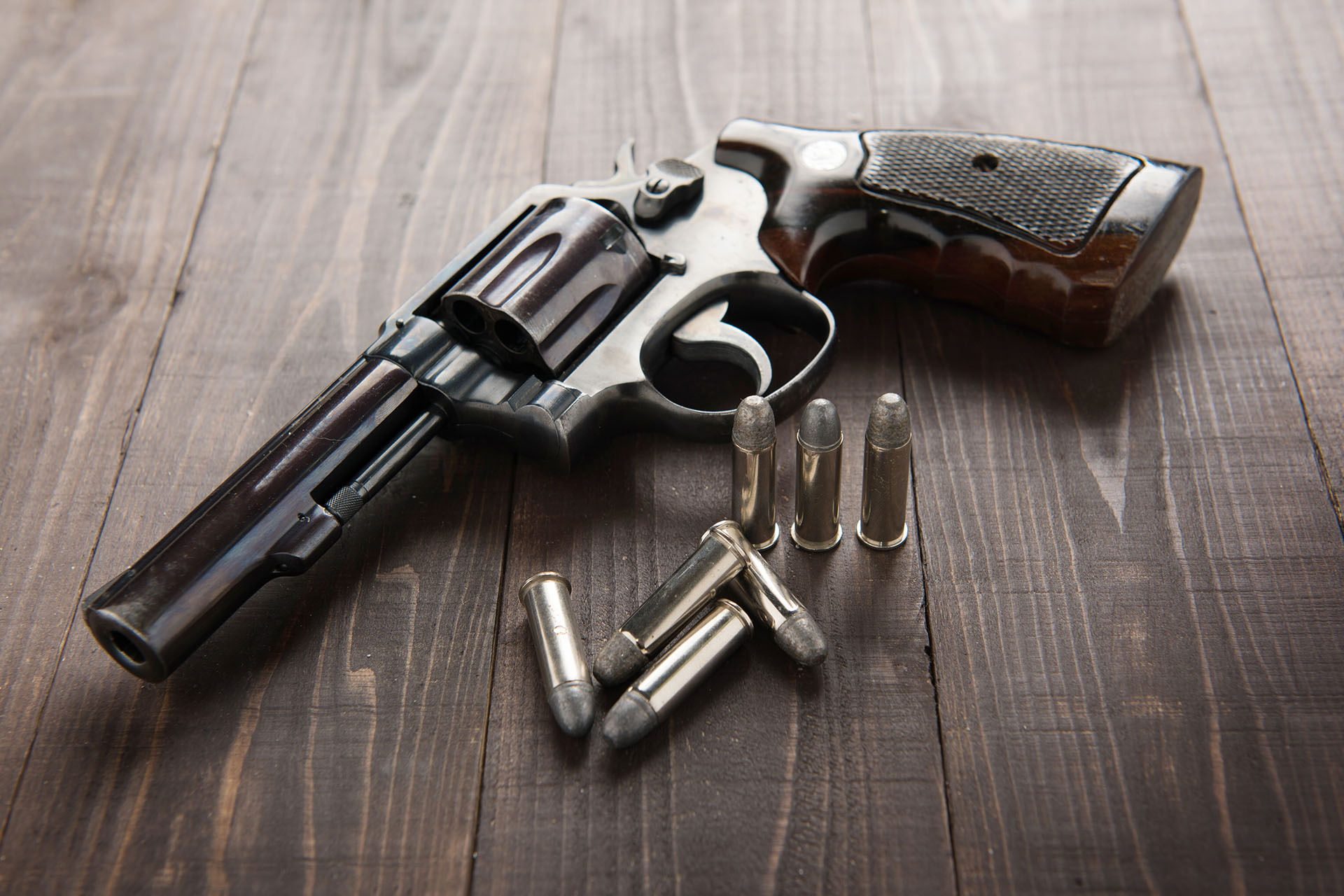 In the years he has practiced in Federal Court, Carlos Canet’s experience with law enforcement and the US Attorney’s Office has given him the knowledge and skill to effectively represent clients and achieve positive results.  It must be remembered, however, that Federal Court is difficult and presents many deep pitfalls and obstacles.  Not to mention that the accused must confront the full weight and authority of the Department of Justice by way of its local offices of the United States Attorney.

The present political and social climate makes unlawful possession of firearms and other dangerous devices a legal mine field.  The most innocent act can be convoluted and converted in a precarious situation.  The FBI, ATF and Office of Homeland Security are in a perpetual state of high alert.  The accused who get tangled with them because of a firearms or other dangerous device charge faces serious consequences.  An experienced and knowledgeable lawyer is an absolute requirement in order to grapple with a potentially dangerous legal predicament.

CarlosCanet has over thirty experience defending the accused who face these types of prosecutions.  Much of that time has been spent helping people who are up against it in Federal Court navigate and escape steep legal challenges.

Contact the office to have him provide you a FREE CONSULTATION.  He will explain what to expect, your options and the best strategy for handling your case.

POSSESSION OF A FIREARM OR AMMUNITION BY A PROHIBITED PERSON:

May receive a minimum sentence of 15 years without parole if offender has three or more prior convictions for a felony crime of violence (e.g. burglary, robbery, assault, possession of offensive weapons) and/or drug trafficking felony.

A. Possession or receipt of a firearm or ammunition;

B. By a subject who falls within one of the following categories:

Drug user or addict – (Often shown where paraphernalia seized, subject tests positive for drugs and/or subject claims drugs were possessed for personal use.);

Alien – (Includes illegal aliens and aliens lawfully admitted under non-immigrant visas, i.e., those aliens not admitted for permanent residence. This provision does not prohibit aliens who lawfully

possess a so-called “green card” from possessing guns or ammunition.);

Is subject to a domestic restraining order – (The order must prohibit contact with an intimate partner, or child of the subject, and must have been issued only after a hearing of which the

subject was notified and at which the subject had an opportunity to participate. The order must also find the subject poses a threat to the physical safety of the intimate partner or child or must

prohibit the use, threatened use or attempted use of physical force.);

guardian of any such person. The subject must have been entitled to a jury trial and been represented by counsel in the prior proceeding or be shown to have waived those rights.);

Fugitive from justice – (Fled any state to avoid being prosecuted or to avoid testifying in any criminal proceeding.); or

Dishonorably discharged from the military; AND

C. The firearm or ammunition was transported across a state line at any time.

II. KNOWINGLY SELL, GIVE OR OTHERWISE DISPOSE OF ANY FIREARM OR AMMUNITION TO ANY PERSON WHO FALLS WITHIN ONE OF THE ABOVE CATEGORIES:

III. USE, CARRY OR POSSESS A FIREARM IN RELATION TO OR IN

Furtherance of a Drug Felony or a Federal Crime of Violence:

18 USC § 924(c). Punishment ranges from at least 5 years up to life imprisonment, without parole, or death if death results from use of firearm. Sentence must be

served consecutive to any other sentence. Mandatory minimum sentence increases depending upon: the type of firearm involved (sawed-off gun, silencer, etc.);

whether more than one offense was committed; and whether gun was simply possessed or was brandished or discharged.

A. May not receive, possess, conceal, store, pledge or accept as security for a loan, barter, sell or ship or transport across a state line any stolen firearm, ammunition or explosive.

B. May not steal or unlawfully take or carry away a firearm from the person or premises of a firearms licensee.

V. FIREARM IN A SCHOOL ZONE:

A. Except as authorized, may not possess or discharge a firearm in a school zone.

A. Any machine gun, fully automatic firearm or any part designed or intended exclusively for use in such weapon;

B. Any firearm silencer, including any device, or part thereof, designed to silence, muffle or

diminish the report of a firearm;

C. Sawed-off shotgun with a barrel length of less than 18″ or overall length less than 26″;

D. Sawed-off rifle with a barrel length of less than 16″ or overall length less than 26″;

VII. SELL, DELIVER OR TRANSFER TO A JUVENILE:

18 USC § 922(x)(1). Punishable by up to 1 year imprisonment unless transferor had reason to believe juvenile would commit crime of violence with gun or ammunition, then up to 10 years imprisonment.

A. May not sell, deliver or transfer a handgun or handgun-only ammunition to a person who is

B. A person under age 18 may not possess a handgun or handgun-only ammunition; (Certain exceptions apply to A & B, such as where juvenile possesses written permission of a

18 U.S.C. §924(d) authorizes the seizure and forfeiture of firearms, ammunition and explosives involved in criminal offenses. However, strict time limitations are imposed. Consult the ATF or

U.S. Attorney’s Office as soon as possible for guidance on forfeiture issues.

Firearms information for every firearm, even if only identified during a field interview or traffic stop, should be sent to ATF for tracing and possible connection to other criminal

Any weapon (including a starter gun) which will expel a projectile by means of an explosive or is designed or may be readily converted to do so. This includes the frame or receiver of any such weapon, any firearm muffler or silencer or any destructive device.

A “destructive device” includes any explosive, incendiary or poison gas — (i)bomb; (ii)grenade or (iii) similar device, or any combination of parts designed or intended to be